Search
With the public launch of a new story project, entitled The Paradisus Transit, I decided that it would be smart to give some background information on the world and a little history to whet the reader’s appetite.

Here is the link for your reference: paradisustransit.blogspot.com. The content will frequently be added, so please check back on a regular basis.

I’m really excited for this project and plan to spend some time on refining the details and finding ways to really connect with readers/viewers. For those of you out there, let me help you become acquainted with the world so that you can more easily follow along.

The backstory is something that I’ve been slowly working on for the past year. It originally started as a self-reference guide for a short story that I was planning on writing as a Creative Writing assignment back in college. Without giving any important details away too soon, the story was about a court case set more than a century into the future. That’s all I can really say about it right now. The idea was good, but not strong enough to make a standalone short story, mostly because it was only a small piece of the entire story, which consisted of multiple characters, settings, and events. Instead, I ended up writing a completely different story that takes place in a different setting. More will be revealed about the original idea in the future, but for now let me give you some background on the world of The Paradisus Transit.

The setting takes place mostly in the late 21st and early 22nd centuries, with the series of important events spanning anywhere from 2098 CE to 2134 CE. In that time span, humans have learned to adapt more to technology.

In the Year 2098 CE…
The mid-21st century saw the slow collapse of the world’s economy. Combined with overwhelming world population growth due to improved health and medical resources, scientists needed to find new ways of situating every person, decreasing poverty levels, improving the economy, and preventing the over-consumption of dwindling resources. To remedy these problems, scientists created a new artificial world for humans to live. The world was developed through advances in computer networking and virtual reality technology.  Virtual living spaces and resources were created for the humans who chose to escape the collapsing real world. This new virtual world was called Paradisus. It was developed by the recently founded company, ParaPacific, Inc. The company, located on the west coast of the United States, housed all the servers that contained the virtual world.

Humans were able to “download” themselves into Paradisus, leaving their real-world bodies behind. From there, they could choose to live in this new virtual world, which was modeled to look and feel almost exactly like reality…with a few improvements. Scientists made sure to include all the same attributes as reality, such as the physics and gravity of Earth and the limitations of the human body. Even the virtual human bodies age and die, so that the population could still be maintained in Paradisus. Even cyberspace has space limitations (or memory, if you want to get technical).

2106 CE: New World, New Rules
When humans downloaded their bodies into Paradisus, their real-world bodies would become lifeless vessels. They would react in the same way as a deceased body and begin to decay. Initially, humans had to choose to remain in Paradisus for the rest of their lives. This was because their original bodies could not be preserved. ParaPacific began to research ways to preserve bodies, dabbling in the reversible preservation technology known as cryostasis. Eventually, ParaPacific found success and founded a new branch in 2106 called Vessel Services and Disposal, Inc. The company, centered in the United Kingdom, provided new options for those who wished to be transported to Paradisus. This would include cryostasis preservation of their real-world body or complete disposal, if they wish to remain in Paradisus. However, instead of completely preserving the body, the stasis would aid in a normal aging, while the body’s owner was in Paradisus. This prevented any chance for the individual to extend their life beyond the normal age. Of course, Paradisus and the process of removing oneself from their original body caused much controversy, especially among religious groups.

2110 CE: The Artificial Takeover
With the success of Paradisus and a stabilizing economy, more government funding went towards ParaPacific. This meant a faster growth in technology, and the expedited installation of new technologies. One major breakthrough came in 2110, when, through the advances of robotics, ParaPacific revealed that they could place the humans of Paradisus into artificial bodies when they return to the real world. This acted as a remedy to those who had lost their original bodies or needed a quicker way to travel between the virtual reality and the real world. The artificial bodies, also known as vessels, acted much like a living body, they were programmed to age and stay healthy through nutrient consumption, eventually becoming inactive when the human controller passed away. 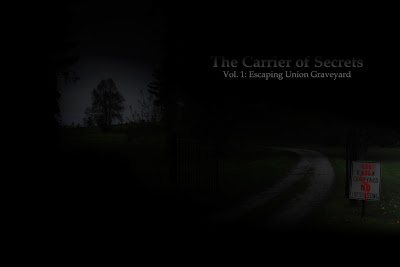 2120 CE: ParaPacific’s Dirty Little Secrets
ParaPacific was having success in finding ways to accommodate the human living conditions for both worlds, but what was next for this corporation? What kind of experiments were happening behind the scenes? Were they all ethical? This is where it all begins. The Carrier of Secrets tells the story of one such secret that ParaPacific has kept underground…literally. Check out paradisustransit.blogspot.com for the latest entries in the ParaPacific saga.